Tomorrow we’ll begin the one week special photo event.  I hope everyone is ready!

I think the employees working at the Ik Kil Cenote were a bit surprised when I showed up walking in the front gates.  That morning I hoped a ride on a colectivo, which is sort of like a group taxi-van, and had them take me out to the cenote.  Apparently they don’t have a whole lot of visitors that aren’t coming in on tour buses or driving themselves, and I was by far the first person to have arrived that day.  That turned out to be a great treat, having the entire cenote to myself for nearly an hour. 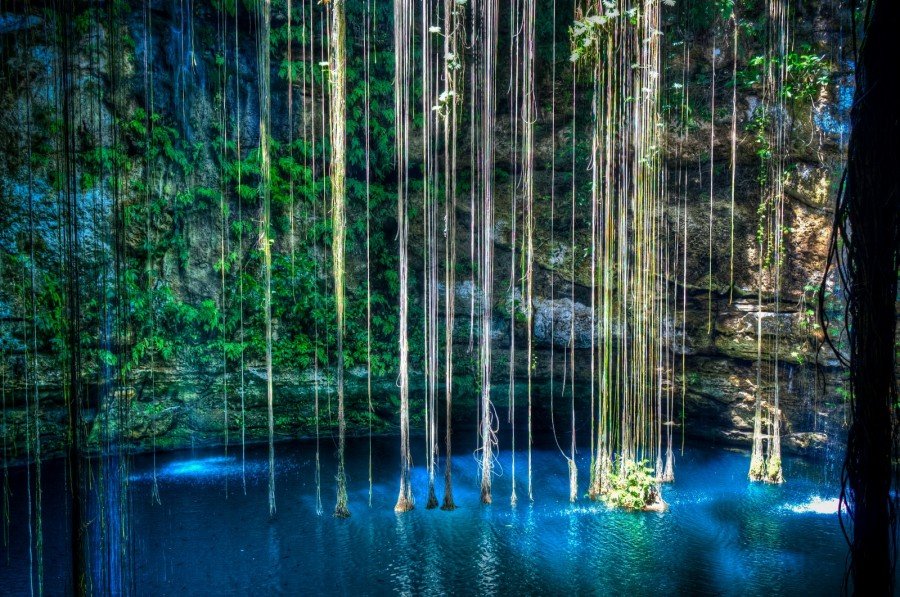 Water and vines streamed down from the upper edges of the massive hole in the ground, and filled the area with a surrealistic feeling.  The only downside to being in there alone, I was fairly certain that the water continued at least as deep as the hole, is that in all of that fresh, clean, full of life water, there had to be something really big living in there.  Probably that could take off my foot.