A Moment of Prayer

A Moment of Prayer

We’re going back to my day spent with Shannon at seeingspotsphoto.com in NYC.  It’s funny when there is something that two photographers find to be really interesting, and what kind of similarities and differences can come from a similar subject. After trying our best to sneak in to a temple that turned out to be closed (say what you will about sneaking in to a temple), we were decided where the next ticket was taking us, when this guy seemingly appeared out of no where.  I’m sure he was there the whole time, but it was out of no where that we noticed.  Anyways, it was pretty interesting to see this man out on the street in Chinatown, fully engulfed in his own mind, while the world continued to speed along all around him. 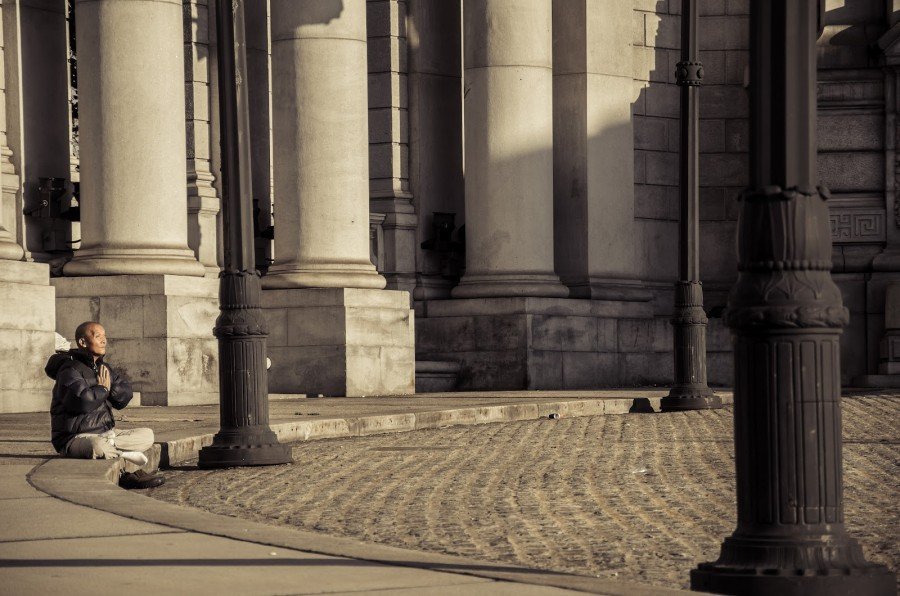