You can’t help but like Bryant Denny stadium. It’s a staple of the Tuscaloosa community, and just has a really cool style. From a better part of the town, if you look in the right direction, you can see it standing above everything that surrounds it. Shooting it at night really isolated it from it’s surroundings. 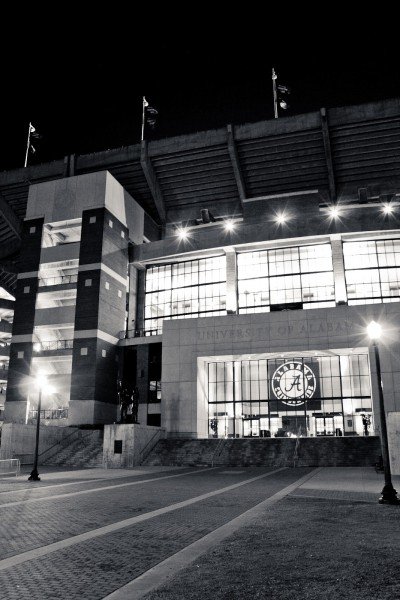 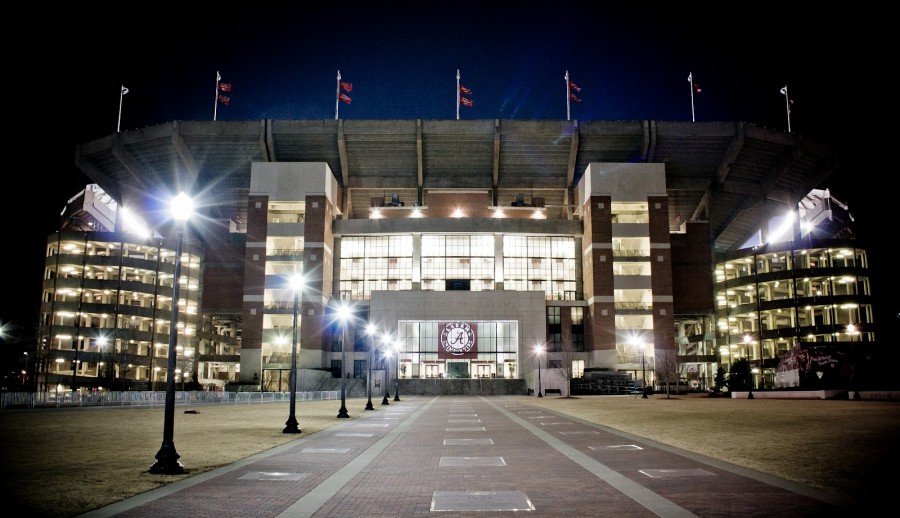 Well we’re getting our first real snow of the season, so I think that today may be a good time to look back to some colors of the fall.  I hope y’all remember ‘The World is Round’ series from before, these were done in the same style, square crop, very rounded edges. I remember the warmth that came with the sun on these fall days, and as the temperatures turn cold, it’s a nice memory. 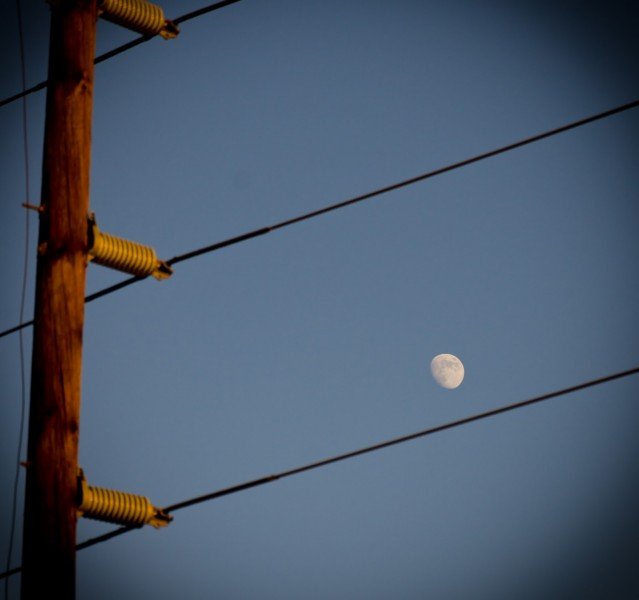 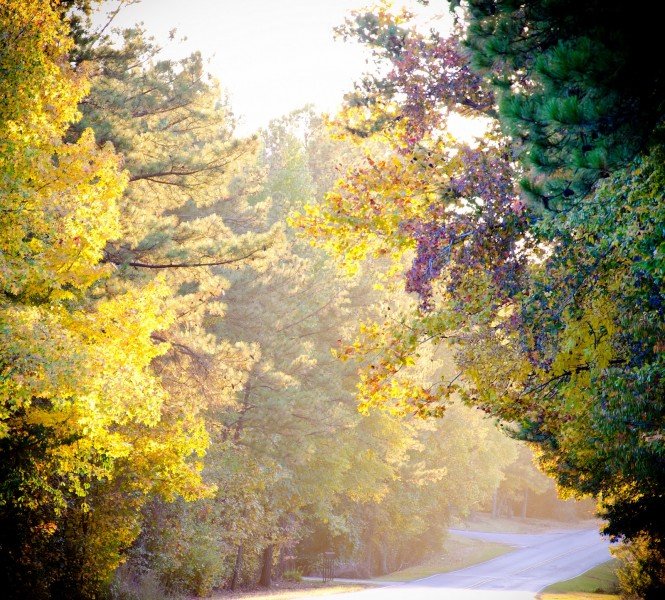 I feel like a weight has been lifted. I’ve had such a love/hate relationship with this bridge that I kind of thought it would always get the best of me.  One of my early attempts at HDR was taken of this same spot. You can see it HERE. I have to say I’ve always been a little disappointed with how they have come out before this one, and happy to have finally captured it the way I’ve hoped.  Beautiful fall colors line the sides of the Black Warrior River, and the sun casts it’s final shining light thru the trusses of the 1898 M&O rail road bridge.  Also, a photo taken in the 1890’s of the bridge can be seen here from the University of Alabama Libraries.

But after all the methods, models, theories, and esoteric “secrets” are revealed, one eternal law of reality remains: The quality of our lives is shaped by what we do, moment to moment – by each choice we make and each action we take. Will we choose the main highways or the back roads of life? Will we travel the mountain paths or seek the forest wilderness? Will we contract or expand, struggle with or embrace life unfolding? Each of us must answer such questions for ourselves and make our own choices on this sacred journey, as the winding path appears beneath our feet. – Dan Millman

And in the spirit of a historic bridge, a ‘historic’ feel to the photo.

Busy Night at the Corner of University & Greensboro

Busy Night at the Corner of University & Greensboro

I really like historic looking downtowns.  Not to say this photo makes downtown Tuscaloosa look terribly historic, but it really is.  As far as difficulty in processing goes, this one may have been one of the harder photos that I’ve developed.  There were so many different levels of light and different sources that really capturing the essence of the motion and time was pretty difficult, not to mention I didn’t want to lose the qualities of the HDR by taking too much from any single photo.  Alas, this is Browns Corner, and at the time of this photo was a great dueling piano bar on the first floor to start out your evening, and a stellar night club upstairs on the third to take it late into the night. 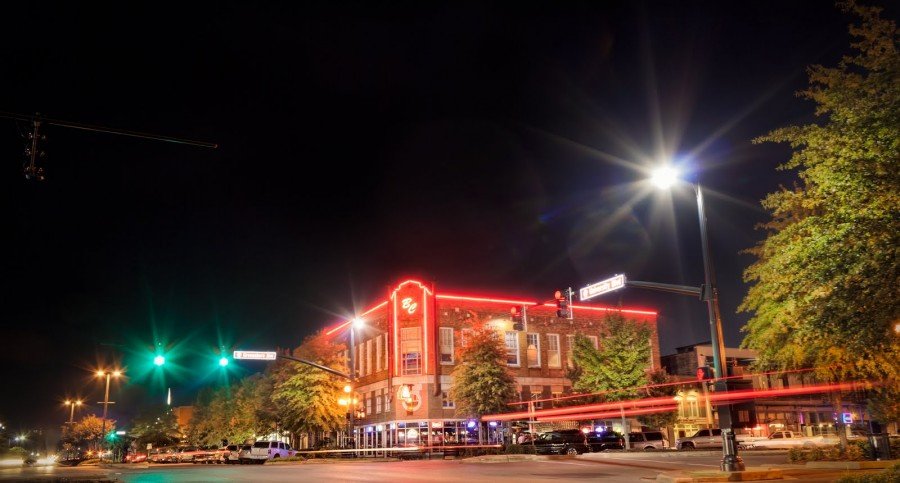 It’s hard to see people in such a hard time.  It’s by far the biggest tragedy that I’ve ever experienced.  The morning I arrived in Tuscaloosa I was catching some local news on what was happening in the town, and they featured a church who’s building had been completely destroyed.  The people still gathered, though, at their building’s old location, sitting on folding chairs amongst the rubble.  Seeing that sort of fellowship brought a warmth to the community that no wind could remove, and I continued to see that every single day I was out helping those in need.

Come to me, all you who are weary and burdened, and I will give you rest 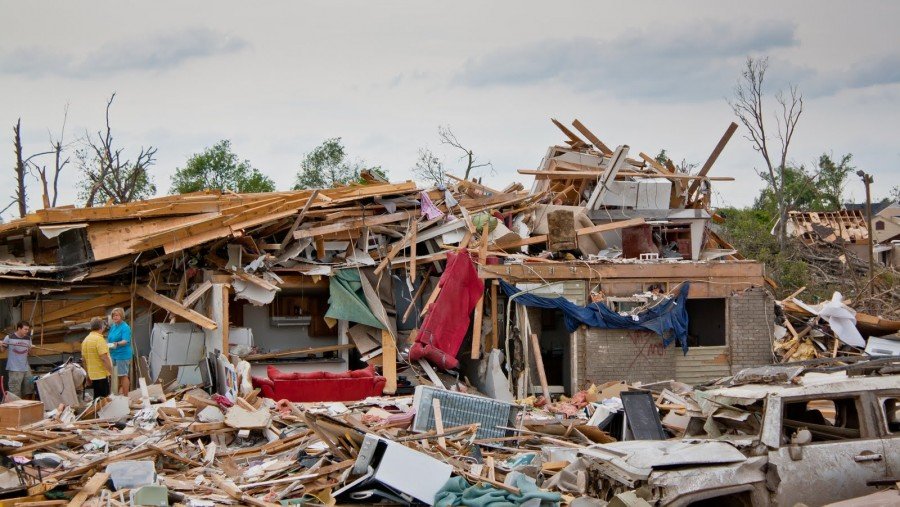 Love is everywhere, often it’s not particularly dignified or newsworthy, but it’s always there. 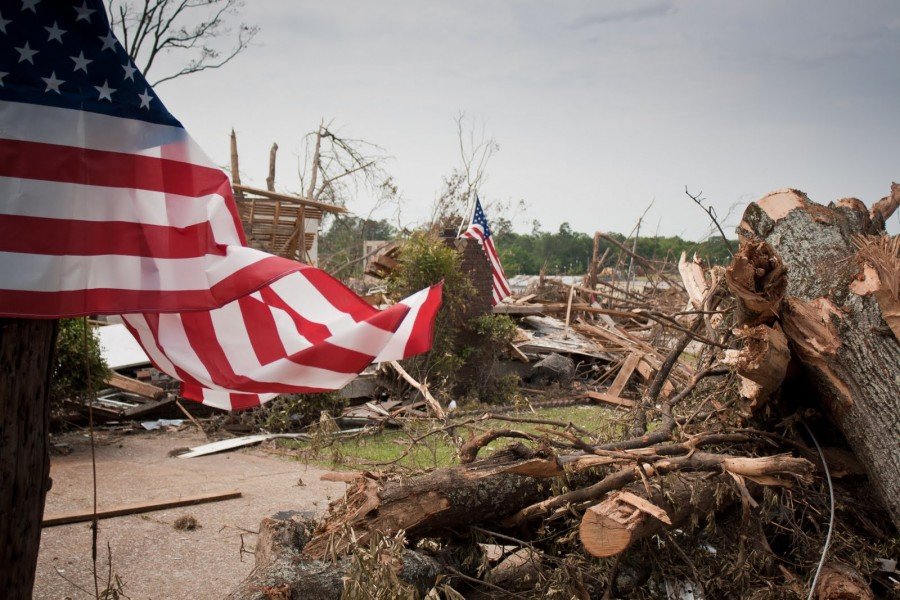