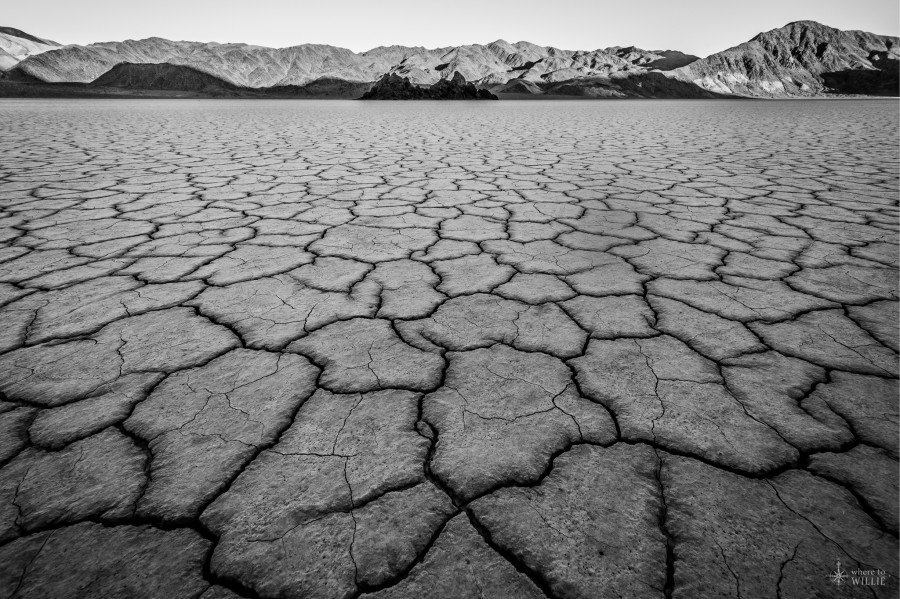 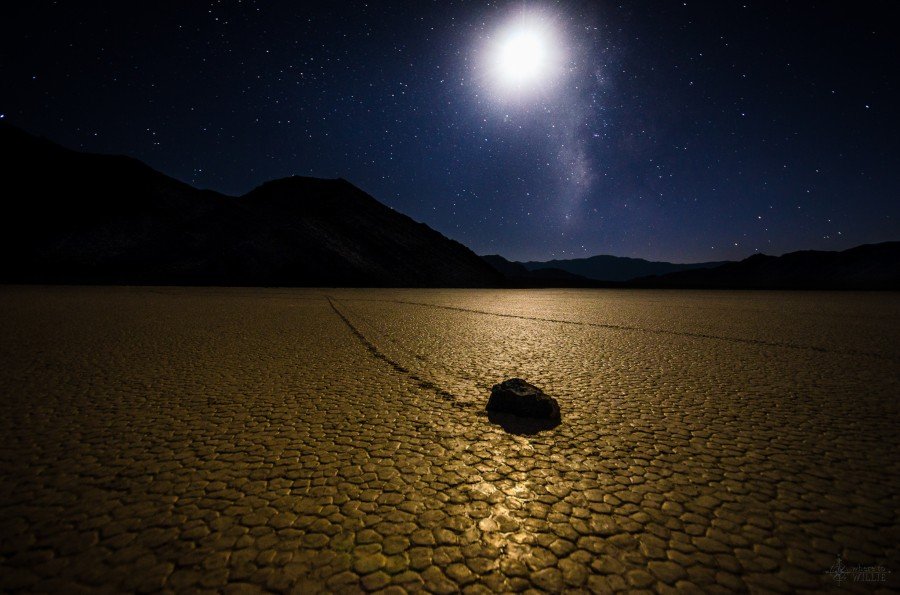 The Flats of Badwater Basin

If you’re looking to take more awesome pictures yourself, be sure to keep checking out the tutorials page!  I’ve been updating it pretty heavily lately, including the HDR tutorial in Photomatix.

The Flats of Badwater Basin

There is something peacefully interesting about being at Badwater Basin in Death Valley.  Maybe it has to do with being 282 ft below sea level that makes this ultra flat (and warm) landscape just a little extra fun to explore.  As the sun began it’s decent in the sky, the rays began to cut thru the clouds and across the mountains, offering a great compliment to the stark white salt flats that are laid out before you.  The further you explore the basin, the larger you will quickly realize it is. 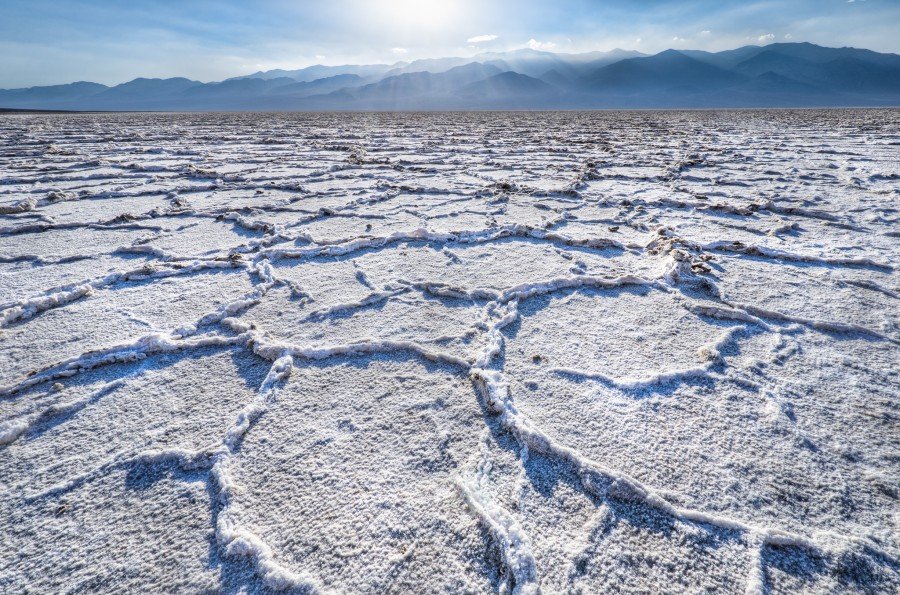 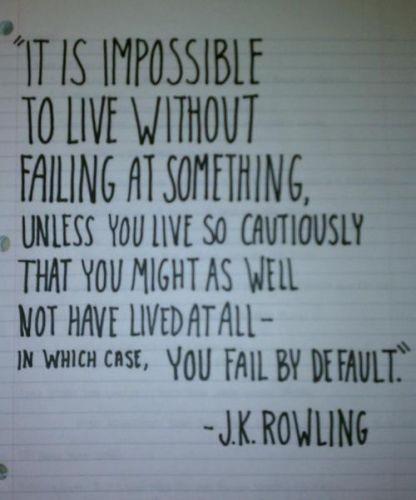 It’s really amazing how fast we’re moving at any given point in time.  At the equator, it’s something over 1000 miles per hour!  It doesn’t take much to imagine that at those speeds, how much the stars move over the course of the night.   When you point your camera to the south (in the Northern Hemisphere, you’ll get these really interesting long sweeping lines.  It’s fun to play with pointing your camera different directions to see what the stars are doing!  If you’re looking to do your own star trails, check out the full ‘how to’ in the Tutorials section. 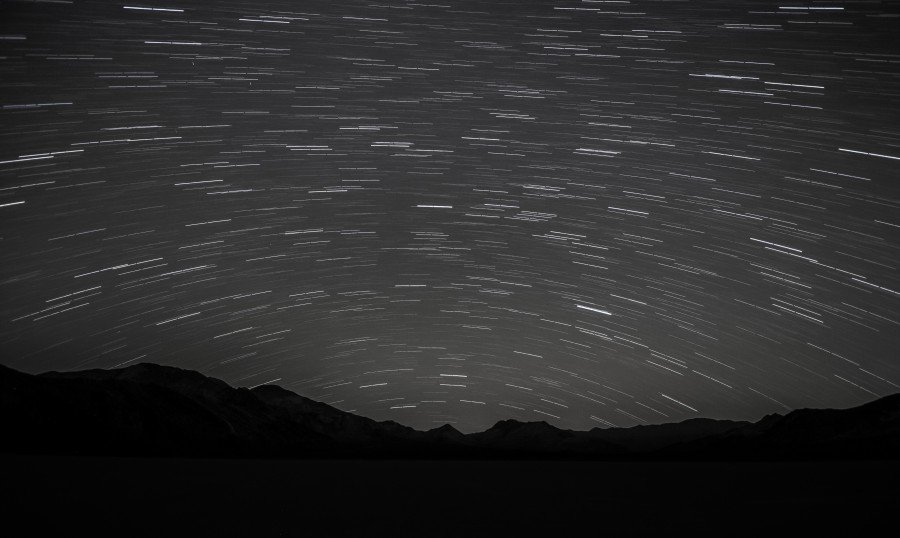 It was the kind of night that you don’t even think about coming in from shooting even though the sun has long since set. There was a warmth that was radiating from the desert floor, and the playa glowed beneath a nearly full moon, rising low in the southern sky. The first time you see one of these moving rocks, it’s almost too much to comprehend. What forces could exactly be making these rocks move, and not only move, but leave trails in this solid ground? When one theory begins to make sense, all the sudden the trail takes a hard left, and then loops around, leaving the theory all but lost in the wind.

The kind of dark that you get out at a place like Death Valley is the kind that lets you see the Milky Way even through the moon’s light. It’s quite amazing, and worth the 27 mile off road drive thru the desert to get there. If you’re feeling adventurous, stay the night out in the desert. 🙂 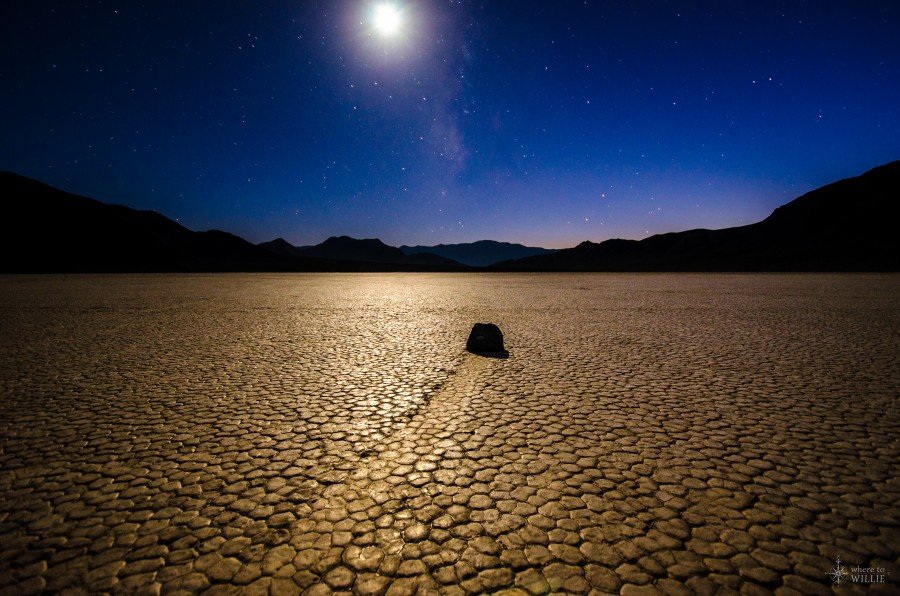