The Waves Came In

Last weekend Britta Emily and I went to Cannon Beach again, in search of Puffins. We managed a sighting, but I definitely realized that we’re going to need to go a little further for closer contact. Alaska or Iceland? Don’t mind if I do.

It’s amazing the number of ways to try and display this beautiful place. It’s also pretty nice to be an hour drive away. 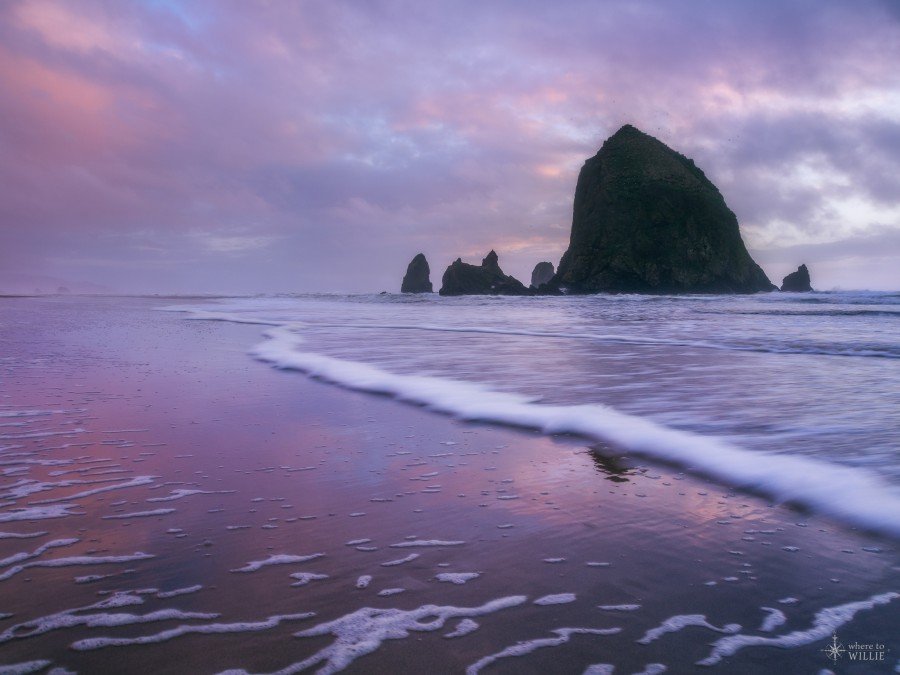 Whoops, somehow I ended up WAY behind on my posts!  Catching up tonight at the airport 🙂

After a windy adventure at Ecola park, making jacket parachutes and all around shenanigans, we ventured down to the beach to pick up rocks and shells (obviously).

A rain storm always has good potential for an interesting sunset, and just as this one looked to be a dud, a ray of hope and a bit of color peaked out on the horizon. Since you would have had to be standing in the rain to be on the beach at this time, there was only one or two other folks out there, making for a very peaceful time to photograph. I don’t think I’ll ever tire of the possibilities of the Oregon Coast. 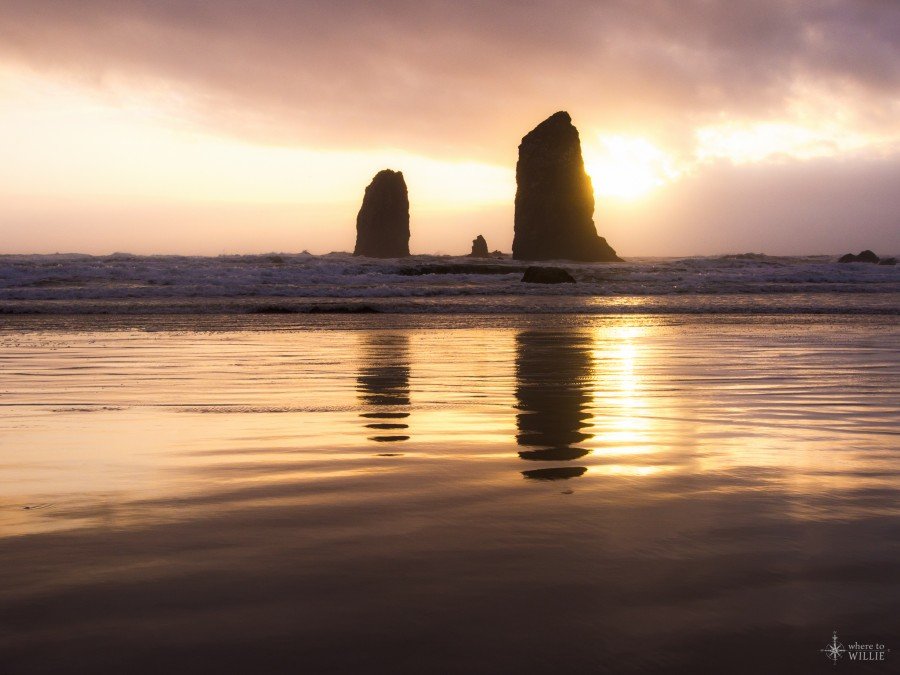 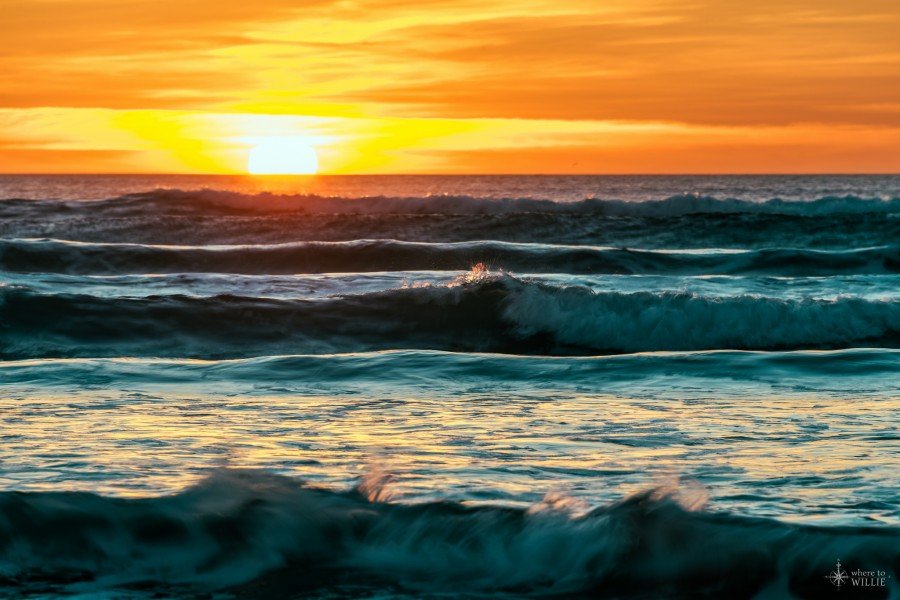 In the Setting Sun

*In the Setting Sun – Haystack Rock // Cannon Beach, OR*

I couldn’t have asked for a more perfect night. During the Stormy Weather Festival, I ran out from Cannon Beach and made it to the edge of the dunes just as the sun peeked out below the clouds, casting light and color over Haystack Rock. 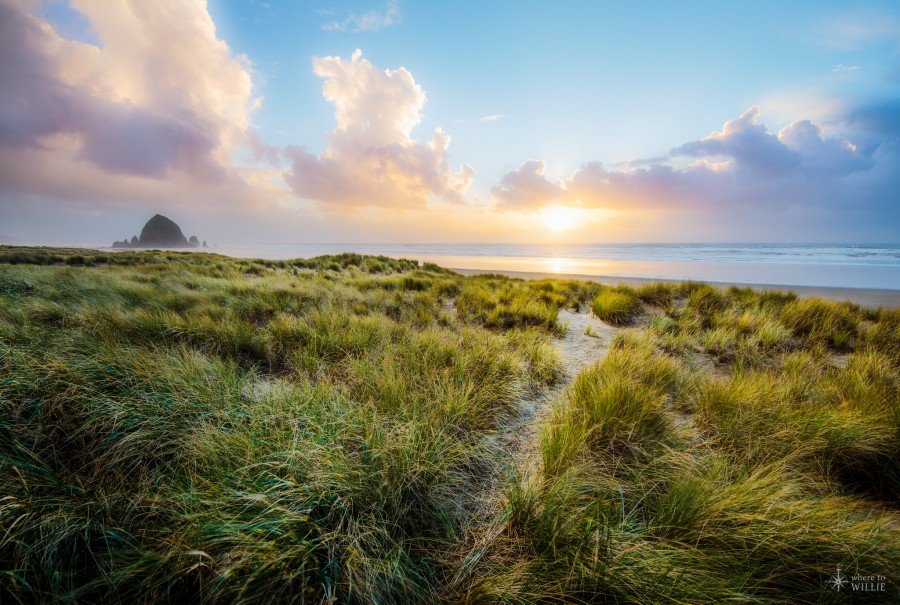 Holding on to the Light

We’ll be going on some new adventures this week!  Trying out some new locations and general food and beverage holiday consumption!  🙂

*Holding on to the Light – Haystack Rock // Cannon Beach, Oregon*

I might shoot Haystack Rock a little too often. It’s one of those places tho where every time it’s different, but somewhat the same. A storm had rolled thru just moments before, and I was still wet from knee down from a larger than expected wave coming by, but the way the sand held the sky’s reflection was perfect. 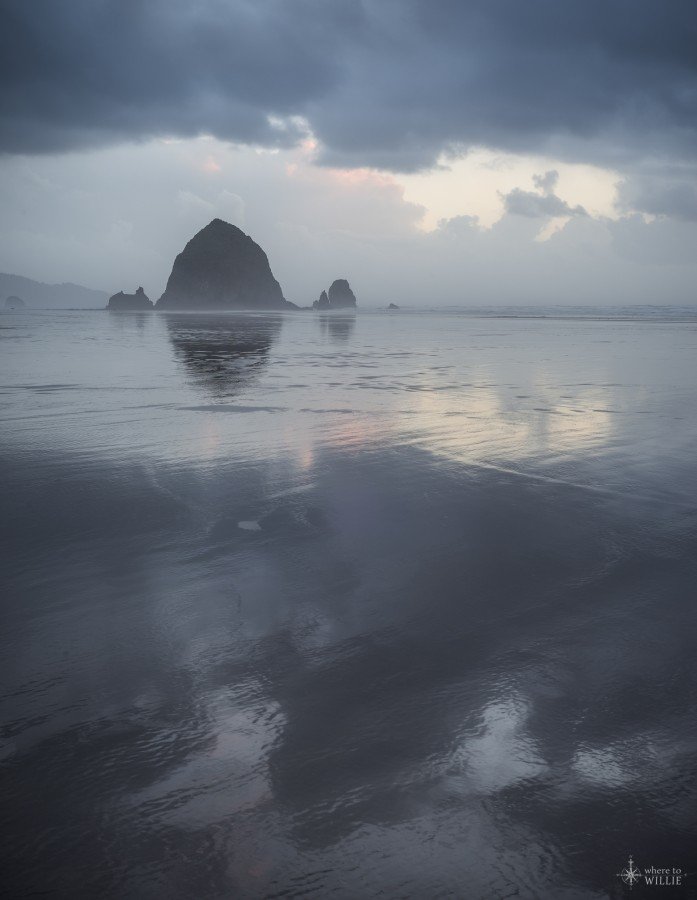 A storm rolls over Haystack Rock in Cannon Beach, Oregon.

Out of the Ocean

I think I mentioned this already, but these long exposures have been SO much fun.  Using the 10 stop ND has changed my photography I think for the better.

*Out of the Ocean – Haystack Rock // Cannon Beach, Oregon*

Well, this is officially my first published photo from Oregon (not published first on the blog, just the one I actually finished first :)…).  Not too shabby of a night I have to say! We had an epic sunset, of which I didn’t do a great job of capturing, but Britta did.  Luckily I was saved with this ultra long exposure shot after the sun had gone down. 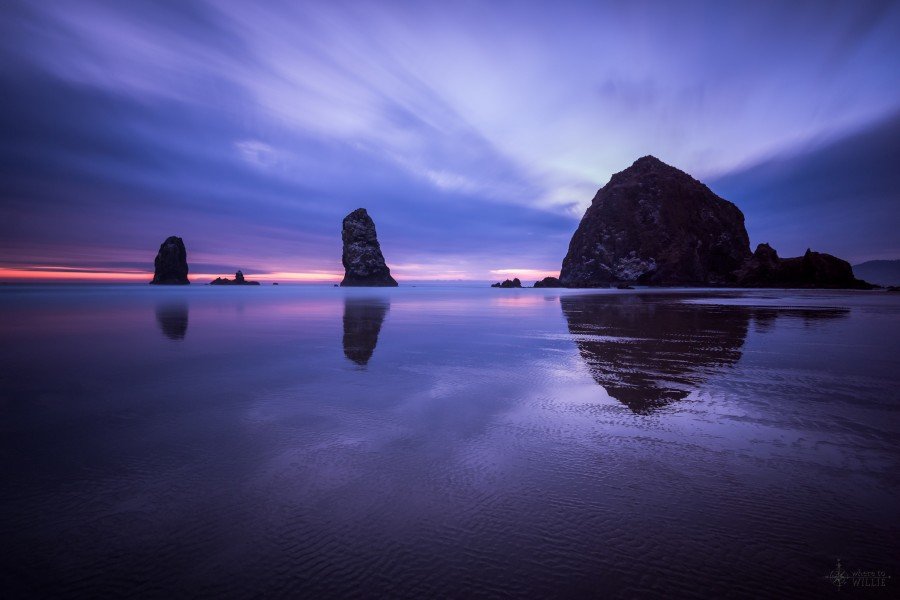