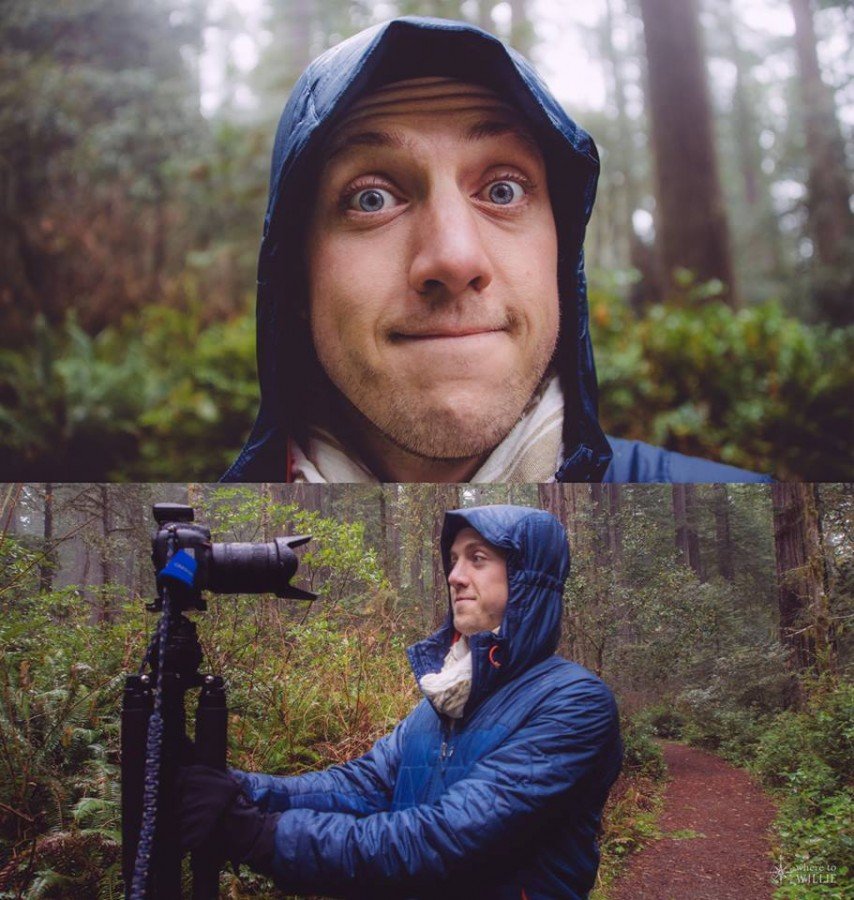 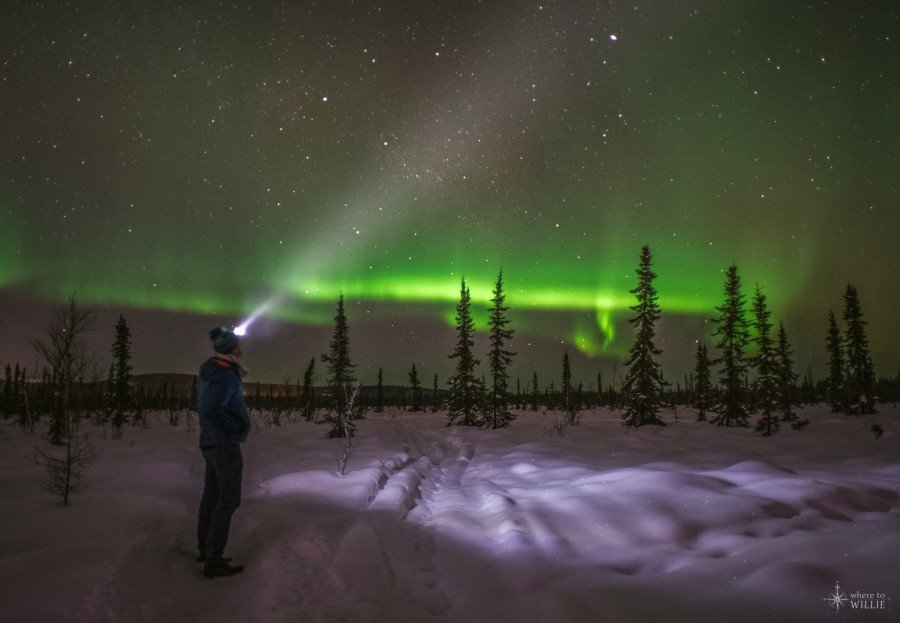 A few months ago I had the opportunity to photograph some fire Poi dancing.  I had never done anything like it before, so it was definitely a learning curve.  The sweet spot seemed to be not too long of an exposure, in order to capture both the movement of the fire, but also get the individual as well.  You’ll probably notice in the backgrounds of these images some rather strange lodging, as these were taken at Bloody Lake Rendezvous, a reenactment of the fur trade era in the US. 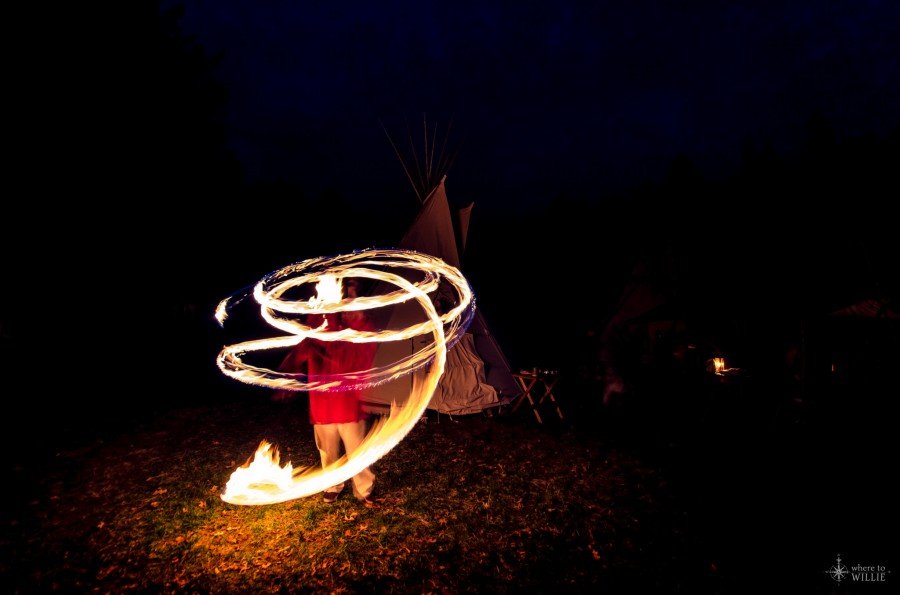 May I Have this Dance

I don’t know all what’s happening here with Lark and Kevin Peterson, but I know I like it.  Their fire and bodies intertwined as they danced together in the dark evening. 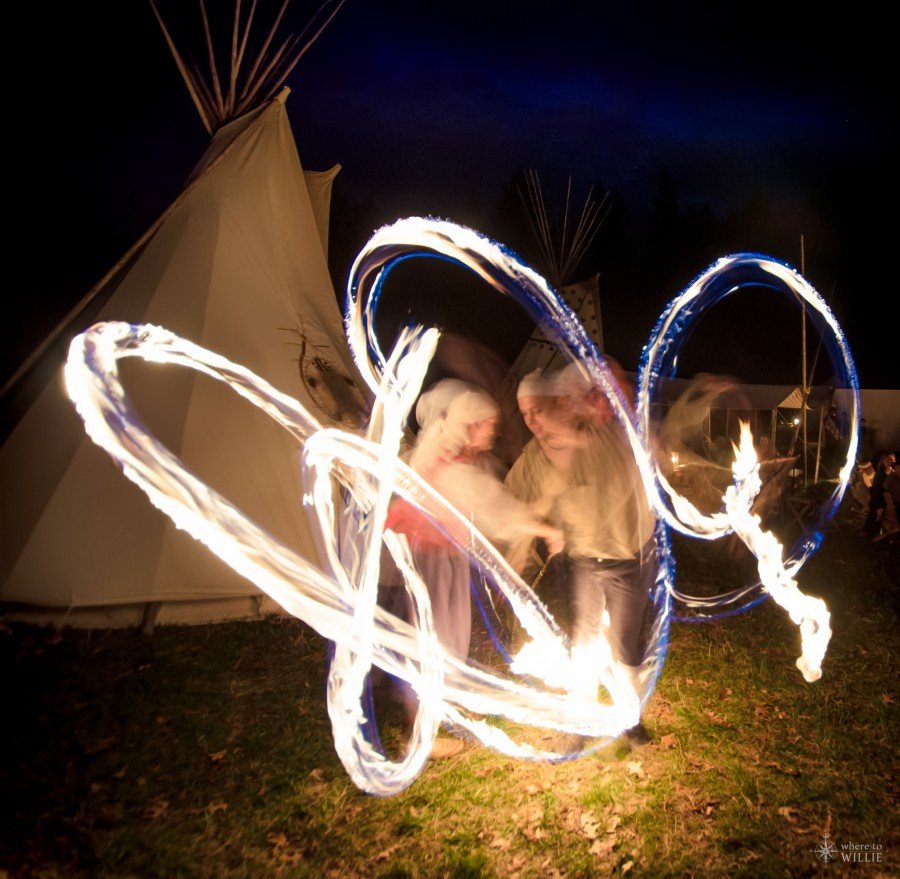 In Front of the Flames

A final impromptu dance, in front of a small crowd. 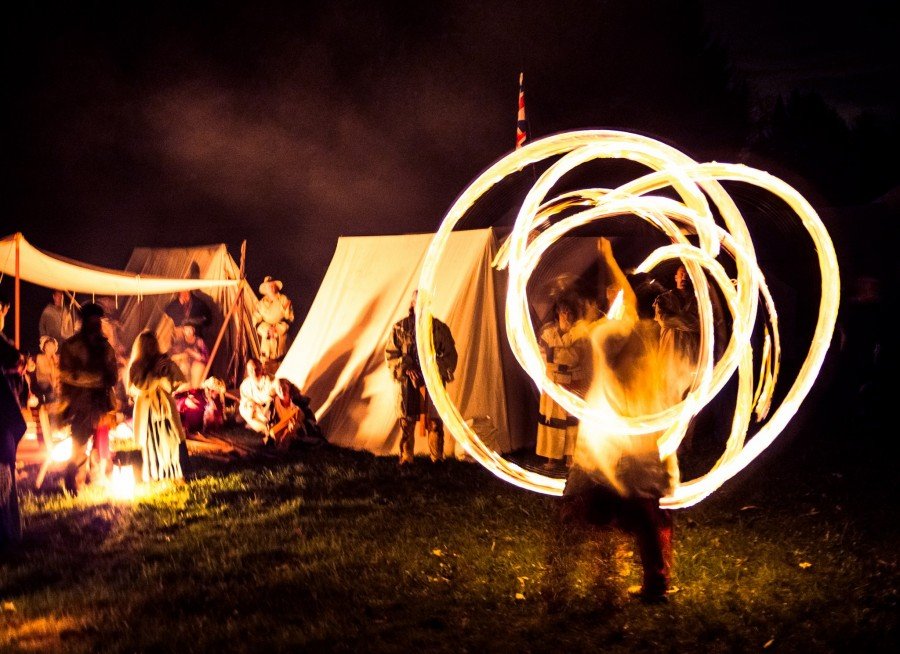 If you haven’t tried it, it can be extremely fun!   Just google light painting and you’ll see some of the amazing things that have been done with long exposures and artificial lighting.

After a while, just about everyone had left the arch, save Britta, I, and another couple.  Turns out, he’s a food photographer in Chicago!  So we decide to do a little light painting of the arch, then get even more creative and become parts of the shots ourselves. 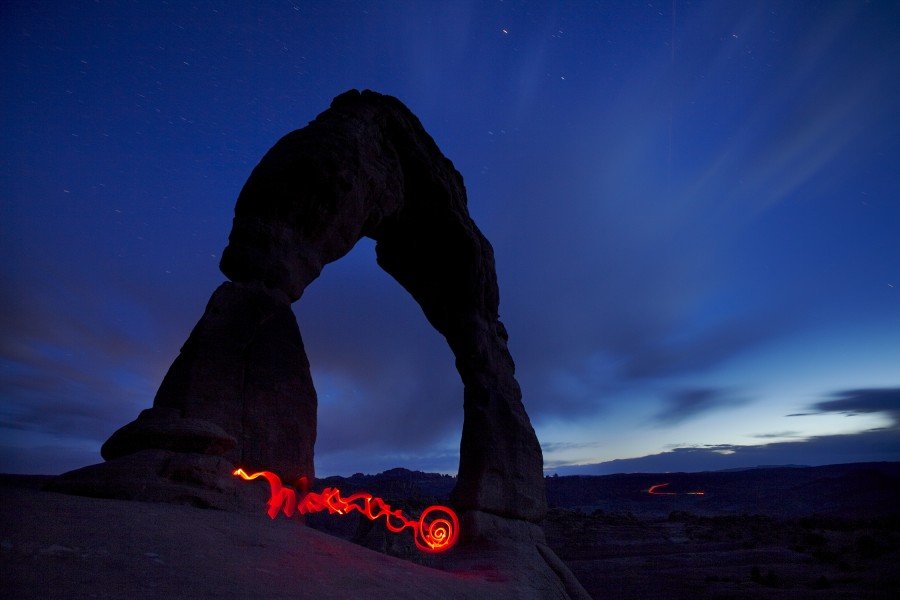 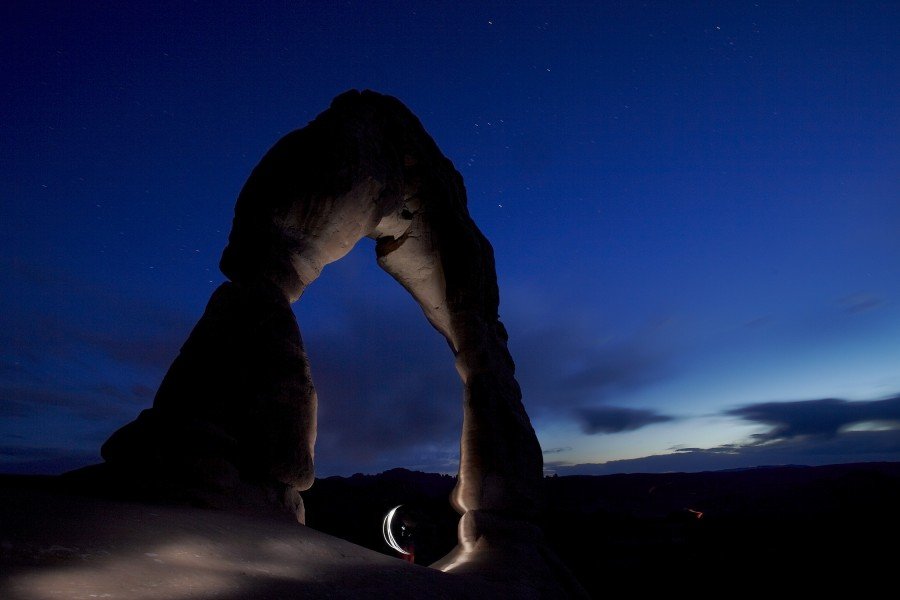