Out of the Box

Well, first things first, you’re greeted with a well put together package, wrapped up in a form fitted foam insert with all the tools & accessories you may need to adjust or work on your product.  I bought the XB-44 along with the PNL-D600 to be specifically used together.  The DDH2 notates that the ballhead comes with the panning version clamp.  Other clamping styles are available, but I’ve been in a panoramic mood lately.  It’s also fully Arca Swiss compatible, so you can use any of your Arca plates.

The Gold Standard of mount systems are ‘Arca-Swiss compatible’, meaning they are designed to accept all Arca-Swiss type plates. ~ LensRentals.com 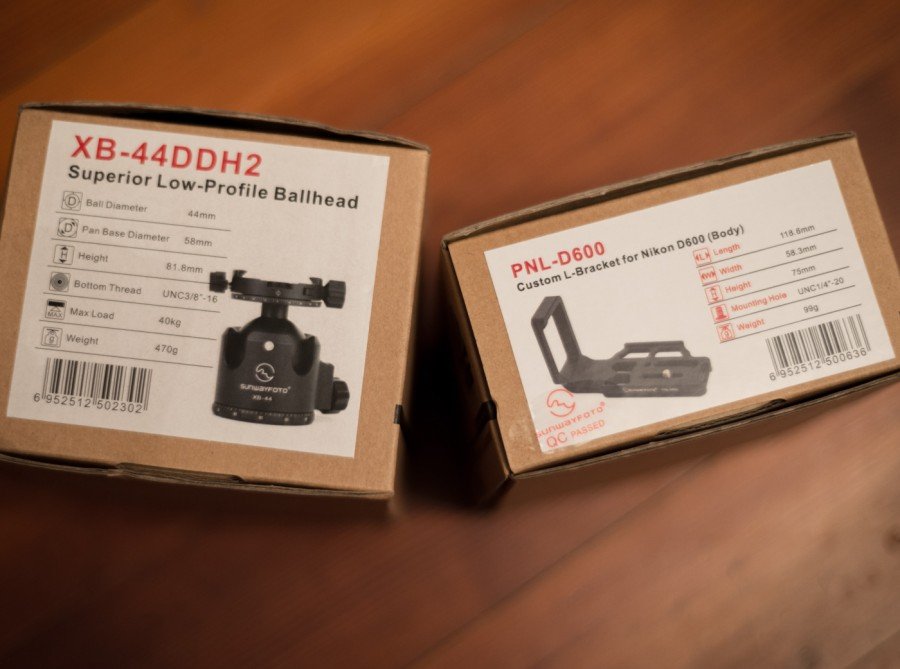 One word: precision.  That was my first thought after unboxing the new ballhead.  And, I’m happy to say, after weeks/months in the field I still feel the same way.  Before this, I’ve used several other styles and brands of ballheads, but the Sunwayfoto is by far and large the top of the line.  Before going any further, enjoy a few studio shots. 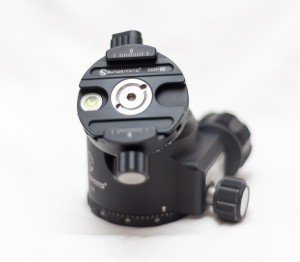 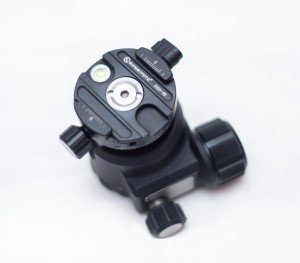 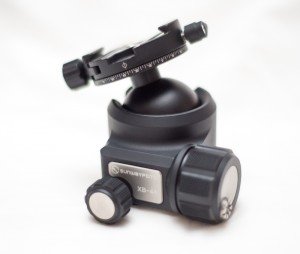 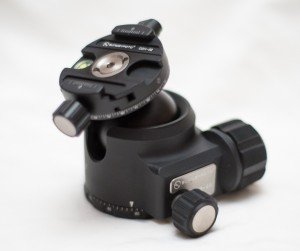 I didn’t do any ‘lab tests’ that try to simulate and confirm the numbers that the manufacturer has provided.  I (right or wrong), feel that most quality companies don’t lie about the capabilities of their product.  My tests have been field tests.  Also, I went with the XB-44, with a 44mm ballhead (imagine that) and a manufacturers load rating of 88 pounds!  Sunwayfoto offers a larger version, the XB-52, rated at 132 pounds.  Now that seems a bit excessive for my needs, so I decided to save a bit on the size and weight and went with the 44. 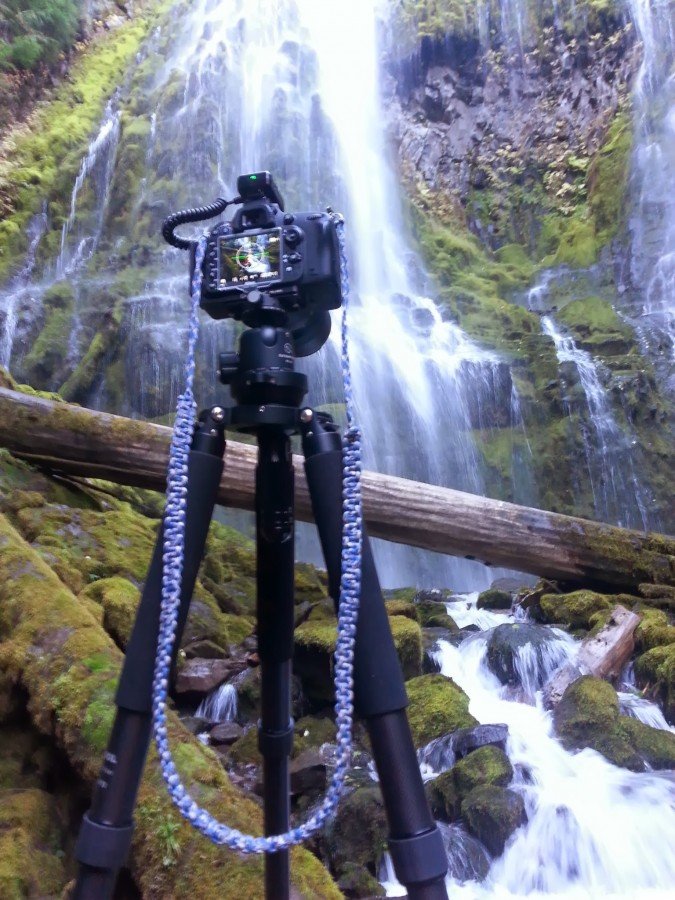 Note: Testing of this ballhead was done with the Sunwayfoto PNL-D600 L bracket.

With the XB-44 and L bracket setting up for a shot was fast and accurate.  One thing you’ll find with lower end ballheads is a) creep, and b) clamping movement.  Creep comes when you have a camera and lens set up that is overcoming the clamping strength of the ballhead.  The cure for creep, a solid clamp.  Clamping movement refers to the actual action of tightening the clamp to lock the ballhead in to place.  The more precise the movement, the less amount of movement you will see translated to the camera.  For wide-angle shooting this usually is negligible, but when you’re doing some tighter shots or symmetrical work the clamping movement can be extremely frustrating.  I noticed only the slightest clamping movement when shooting at focal lengths beyond 200mm or so.

With this ballhead I felt comfortable with its clamping capabilities right out of the gate.  The minor head adjustments are smooth, and the large adjustments are fast without feeling loose.  Sunwayfoto has a claim that their ball is actually not spherical, but intentionally ellipsoidal.  In the direction that would allow the camera to spin about the vertical axis, the ball is slightly smaller in diameter than what would cause the lens to raise or droop.  What this effectively does is  it allows you to easily move the ballhead in all directions, but keeps the camera from being free to fall over unexpectedly.  If you have ever owned a ballhead this has probably happened to you. 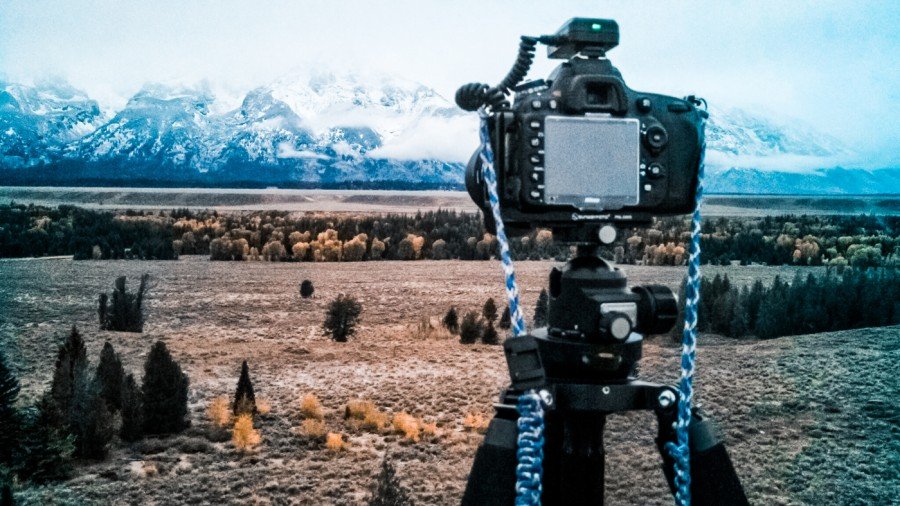 Integrated with the main locking knob, there is a fine tune knob that allows you to adjust the head to your taste.  You can make it as loose or tight as you’d like, and I generally leaned towards the tight side.  I found that it was still quite easy to make minor adjustments without having to over loosen the main knob.

The panning knob is quite a bit smaller than your main adjustment knob, but the grip that it has is plenty.  With the knob loose and panning, I did notice some catching at certain spots, but when I was set up to shoot panoramas I liked that I didn’t need to over-tighten the pan knob to keep the camera in place.

The DDH2 addition to the XB-44 denotes that it comes with the panoramic clamp which you can either get as a kit, the XB-44DDH2, or by itself as the DDH-02

I definitely shot my fair share of panos with the new setup.  I’ll admit, though, that I was skeptical of the clamping of the DDH2 when I was first deciding on a system.  Why?  Because it’ has a shorter clamping length than I would have normally preferred.

There’s not much to say about the main clamp adjustment knob.  I always pointed it towards the rear of the camera so it was easy to access.  I had both safety screws installed in the L bracket and never felt like there was a concern about the holding ability or that my bracket was loose.

The one problem that having the panning knob facing the back of the camera created was it made the panning  knob harder to access under the L bracket.  As I spun the panning knob, it would hit the L bracket.   It would always be loose enough for the panning clamp to work, but at that time I couldn’t get a hold on the lever again.   This wasn’t a deal breaker, though, for using the DDH-02 to take panoramas.  After you level out the clamp (which is easy to do with the built-in spirit level), drop on your camera, you’re ready to go.  I didn’t find it necessary to clamp down the panoramic lever between shots because the motion of the clamp was so smooth.   The DDH-02 is a life saver for those ‘impossible to get your tripod level’ conditions.

I did a little research on other ballheads with similar clamping capabilities, and this one was on average over an inch shorter!  When you think about centers of gravity, smaller is better.  You might be thinking about what a lower center of gravity does for stability.  Well, it has to do with moments of inertia.  Without getting into the boring details, the moment of inertia grows as the distance between two objects grows.  So, in order to increase the stability between your camera and your tripod, decrease the distance between them.  This is where the low profile ball head comes in to play; creating a smaller gap between the camera and tripod.  The only other ballhead on the market that comes close is the RRS BH-40, but its load rating is only 18 pounds and its weight matches the XB-44.

Let’s be honest.  As much as we are concerned about function, there’s still a little bit of thought that goes in to how something looks; its intrinsic quality.  Well, I have to admit they dumped class in to this ballhead.  It has clean lines, a satin-smooth finish, and the right amount of contrast between the black and silver.  No complaints from my end. 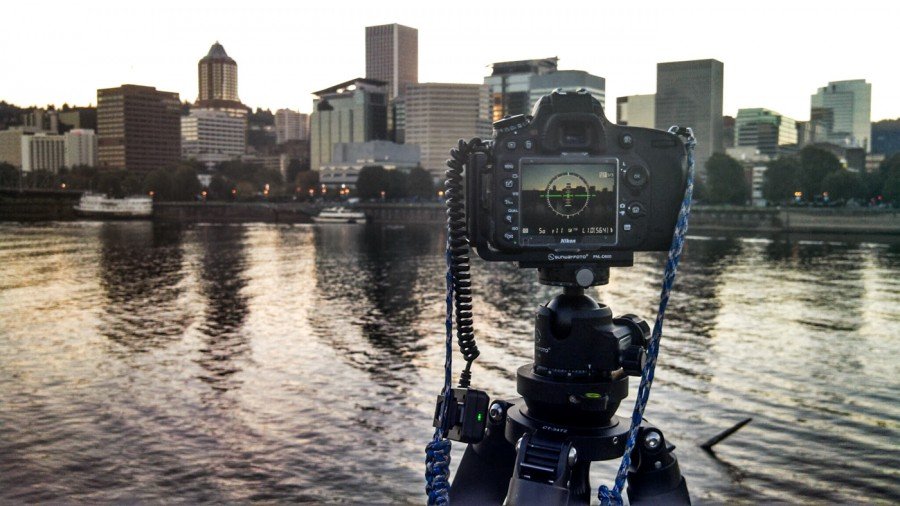 Lets face it, spending money on a tripod and ballhead may be the last thing that you want to do when filling out your kit.  I know it was for me.  But, when you are placing cameras and lenses on it that can easily be 10-30x as expensive, do you REALLY want to gamble?  I’m not saying you need to spend thousands on support equipment, but make sure that it’s going to do what you need it to do.  So when I scoop up my tripod with my camera still on it, and hike down the hill to a new vantage point, I am certain that the camera will still be attached when I get to the bottom.  And maybe more importantly, when I set up and take that once in a lifetime shot, I’m sure that it’s not going to be my gear that fails me.

This site uses Akismet to reduce spam. Learn how your comment data is processed.